A word from the curator 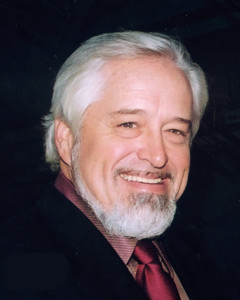 This exhibition was assembled with attention to the idea that there is power and significance unique to the man-made object and the universal influence which objects have on civilization relative to how we participate in our overall environment.

The work in this exhibition reflects a diversity of styles found in object related sculpture being created today.

The selection of works was in large part governed by the available sites and the presence and visual power each piece could command within the magnificent landscape which the Domaine Forget provides. This vistas and ambiance of the exhibition are unmatched in North America.

Klaus Albert was born in Dresden, Germany in 1943. After studying interior design and steel work for a number of years, he began sculpting in 1978. Best known for his masterful manipulation of stainless steel, Albert has exhibited his works all over the world.

His sculpture, King of Flying, is presently being shown at le Domaine Forget.

Verina Baxter studied at the University of Tennessee, at the Arrowmont School of Arts and Crafts (TN), at the Loveland Academy of Fine Arts (CO) and at the Abruzzi Mountain Art School in Anversa degli Abruzzi, Italy. Stone was originally Baxter’s material of choice but over time she began incorporating powder-coated or painted aluminum and more recently stainless steel into her outdoor works. Her work presently being shown at le Domaine Forget is part of an ensemble work named, Tumpkin.

Sculptor Chakaia Booker fuses ecological concerns with explorations of racial and economic difference, globalization and gender by recycling discarded tires into complex assemblages. Booker received a BA in sociology from Rutgers University in 1976, and an MFA from the City College of New York in 1993. She has exhibited in group and solo exhibitions nationally and internationally such as Storm King Art Center, Metropolitan Museum of Art in New York City; Museo Nacional Centro de Arte Reina Sofia in Madrid. Booker received the Pollock-Krasner Grant in 2002 and a Guggenheim Fellowship in 2005.

Her sculpture named Renegade is part of the Sculptures in Charlevoix exhibition at le Domaine Forget.

Isaac Duncan III, a Brooklyn (NY) native and Afro-Cuban descendant, received his BFA from the University of Notre Dame and a Master’s degree at the Art Studio-Sculpture at the University of Kentucky. He has been an artist-in-residence for Gallery 37/Archi-Treasures, Toughy Herbert Park and Barbara Gene Wright Complex, Richard Hunt Studio Center and assistant to Chakaia Booker at the Association of Visual Artists in Chattanooga (TN). In 2008, Duncan opened his own studio, Duncan Sculpture and Services, where he creates his large-scale sculptures.

His work named Duke is presently being shown at le Domaine Forget.

Isaac Duncan III, a Brooklyn (NY) native and Afro-Cuban descendant, received his BFA from the University of Notre Dame and a Master’s degree at the Art Studio-Sculpture at the University of Kentucky. He has been an artist-in-residence for Gallery 37/Archi-Treasures, Toughy Herbert Park and Barbara Gene Wright Complex, Richard Hunt Studio Center and assistant to Chakaia Booker at the Association of Visual Artists in Chattanooga (TN). In 2008, Duncan opened his own studio, Duncan Sculpture and Services, where he creates his large-scale sculptures.

His work, 3060-A 180 Derivative, is part of the sculpture exhibition at le Domaine Forget in Charlevoix.

Born in South Africa in 1955, Klaus Duschat studied sculpture with Helmut Rye, Dietrich Klakow and Bernhard Heiliger in Germany. Duschat is a founding member of the sculptor group ODIOUS in Berlin and a member of the German Association of Artists and The Sculpture Network.

His work, Scetch II , can be viewed during the sculpture exhibition at le Domaine Forget in Charlevoix

John Henry is known worldwide for his large-scale public works of art that grace numerous museums, corporate, public and private collections. His works are prominently exhibited in many US cities and states as well as throughout Europe and Asia. Mr. Henry attended the University of Kentucky, University of Chicago and the Art Institute of Chicago. He also served on the Board of the International Sculpture Center from 1996 to 2008.

His work, La Tour, is presently being shown during the sculpture exhibition at le Domaine Forget in Charlevoix, Québec.

Linda Howard is a graduate of the City College School of Architecture in New York and from the Chicago Art Institute (IL). Since the seventies, she has had various solo exhibitions and taught at numerous colleges and universities in the Eastern United States. Her work relates to structures found in nature. Simple geometric shapes are transformed into new volumes; Star Petal is the perfect example of her technique.

Her work is presently part of the Harmonic Sculpture Garden at le Domaine Forget in Charlevoix.

Terrence Karpowicz was born in 1948 in Cleveland (OH) and received a BFA from Albion College (MI) in 1970. After his graduate studies Karpowicz was awarded a Fulbright-Hayes Fellowship to the United Kingdom, serving as Scholar to the Wind and Watermill Section of the Society for the Protection of Ancient Buildings. He has exhibited throughout the United States, Mexico, Europe and in Russia. Karpowicz has received seven commissions for public sculptures from the State of Illinois and his work is found in collections belonging to the City of Chicago, Oklahoma City, and the U.S. General Services Administration.

Art aficionados visiting Charlevoix in Québec can admire his work Athlete during the Sculptures in Charlevoix exhibition at le Domaine Forget.

Peter Lundberg received a Bachelor’s degree in both art and mathematics from Skidmore College and a M.F.A. from Bennington College (1985). He has established sculpture parks in Connecticut, Sweden and Berlin. During the past several years, in addition to participating in group and solo exhibitions, his works have been presented in the United States, in Germany, Sweden, and the Czech Republic.

His work, Chant des Baleines, can be seen in Charlevoix, Québec, during the sculpture exhibition at le Domaine Forget.

Albert Paley has been pushing the creative boundaries of steel for over 40 years at his studio in Rochester (NY). He is the first metal sculptor to receive the coveted Institute Honor Award from the American Institute of Architects. Paley received both his BFA and MFA from the Tyler School of Art in Philadelphia. Some notable examples of his work are the Portal Gates at the Smithsonian Institution in Washington D.C., Synergy in Philadelphia as well as a 65-foot sculpture at the entrance court of Bausch and Lomb’s headquarters in Rochester. Paley’s works can be found in the permanent collections of many major museums in the United States and abroad.

Art aficionados who are searching for outings in Charlevoix  are invited to visit the Harmonic Sculpture Garden at le Domaine Forget where this work Portal can be seen.

“Since 1979, I have been building heating chambers around large pieces of steel, applying concentrated, intense heat, then manipulating the material to create a sense of softness. When the heat is removed, these illusions of flexibility are frozen and the sculpture becomes a documentation of those forces used in the process. The variables of heat intensity, size and shape of the raw material produce a wide range of results, from the quiet simplicity of a single folded pipe to the rhythmic complexity that emerges from folding a section of structural steel. A degree of unpredictability is always present’’.

His work Nori is presently being shown at le Domaine Forget in Charlevoix, Québec.

Bryan Rasmussen was born in Chicago (IL) in 1976. He studied sculpture and photography at the University of West Georgia where he obtained a BFA in 2005. He now lives and creates his art in Chattanooga (TN) where he has worked as a studio assistant to John Henry. Bryan actively participates in solo and group exhibitions both nationally and internationally. He has artwork in public and private collections throughout the US. In his work Rasmussen explores themes of movement, tension and contrast. His art is inspired by things he finds in the natural world such as seed pods from plants that have burst or even animal bone joints.

Art aficionados wondering what to do in  Charlevoix can view his work, Spring Azure, at le Domaine Forget.

Doug Schatz has an undergraduate degree in art and geology from Skidmore College and he received an MFA in sculpture from the University of Kentucky in 1999. Schatz has taught at Middle Tennessee State University and Watkins College of Art and Design, he currently teaches at the State University of New York in Potsdam. He is on the Board of Trustees for the International Sculpture Center, publishers of Sculpture Magazine and Sculpture.org. His sculptures are exhibited nationally and internationally.

His work, La Reine du Fleuve is part of the Harmonic Sculpture Garden at le Domaine Forget in Charlevoix, Québec.

Hartmut Stielow studied sculpture at the University of Fine Arts in Berlin from 1977 to 1983, he became a master scholar under Bernhard Heiliger. Stielow’s preferred materials are steel and granite, which often interact in his works to depict subtle balance and to form unity. He is the founder of Sculpture Network, Europe’s largest and most important sculpture organization.

Visitors to Charlevoix, Québec , interested in art must absolutely come to Domaine Forget to see his work, Cross of Steles.

STRETCH is a sculptor, artist, visionary, restaurateur, entrepreneur and television personality. STRETCH has been building large-scale sculptures as well as smaller works for more than 20 years. STRETCH’s choice of materials, are glass and steel. He is a graduate of the Kansas City Art Institute and he completed his Master’s degree, at Virginia Commonwealth University in Richmond (VA). STRETCH has since worked with many renowned artists and collaborated with numerous artists on public commissions for airports, college campuses and city sculpture parks around the world.

Art aficionados wondering what to do in Charlevoix are invited to come to le Domaine Forget to see his work, Tick, installed in the Sculpture Garden.